In this latest article he writes: “Recent calls for lifting the “siege” on the Gaza Strip have ignored that Hamas’s main demand, even more than for an airport or seaport, is that Egypt reopen the Rafah border crossing, the Palestinians’ only gateway to the Arab world.“

You see, Gaza may indeed by under siege, but it is not by Israel. It is from the other side, by their own brothers and neighbors – Egypt. And the Egyptians have good reasons for keeping it that way.  Another quote from the article: “Egypt’s Rafah terminal with Gaza, however, has been closed most of the time since Hamas seized control over the Gaza Strip in July 2007, while border crossings with Israel, such as Kerem Shalom and Erez, have remained open.”

So next time you identify with the poor “besieged” Gazans, take a map first, before you blame Israel.

For the full article by Khaled Abu Toameh and the facts (as in numbers and dates) – read Abu Toameh’s full article: The Real “Siege” of the Gaza Strip

We are often asked “what side are you taking” and we have to explain that we take only one side- always – the side of Truth and Humanity. This is not about Hamas, it is not about Gaza or Israel or Palestine, it is not about Judaism of Islam… this is a story of terror and bullies. No matter what you think of the current round of the “Palestinian – Israeli conflict” one thing is common to both “sides” – the terror of Hamas.

You see Hamas is not a political entity. It is a terror organization, defined and acknowledged as such by the United States, the EU and other countries. It was “elected” by the Gazans but it has been ruining their lives.

Despite the barrage of rockets on Israel which is the reality for thousands of Israeli civilians (women and children) since 2005, Israel has been continuously supplying Gaza with power, water, food, medicine and other fuel. If you need a reminder, in 2005 Israel left the Gaza strip, tearing up entire settlements, uprooting thousands of families from their homes to give it “back”. Israel could have gone for the “scorched earth” strategy but it didn’t. It left behind fields, greenhouses, industry and agricultural areas – for the Gazans to take over and cultivate, for them to build a good life for themselves. Yet, Hamas forbade the Gazans to make use of what was left and tore it all up.

Hamas made sure that its subjects are kept in misery, poverty and that they have a common “enemy” to hate, or else they would not be able to rule them.

Hamas has since fired over 11k rockets (and when we say “rockets” we do not mean just mortars and shells but long range missiles too) into Israeli civilian areas. Hamas was unprovoked, yet it targets Israeli civilians. The IDF wasn’t in or near Gaza, yet Hamas targeted Israeli Civilians.

Hamas created and maintained a humanitarian crisis in Gaza so it can claim the international sympathy for the “poor” Gazans. It embezzled funds sent by the UN, the EU and the US to help relieve the humanitarian crisis to acquire ammunition and construct a vast network of underground tunnels reaching all the way into Israeli settlements well beyond the border…

All the while Gazans are starving and dying while their “leaders” drive luxury cars and live in palaces.

There really does exist a humanitarian crisis in Gaza. But Israel did not create it. Israel does not maintain it. Israel would want more than anything to end it. But it is not in Hamas’ best interest.

If you have any common sense you will understand that we are right in our call to try Hamas leaders for war crimes, and you will sign our petition and help us spread the word. 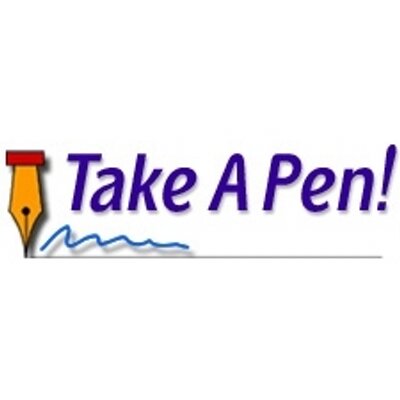 If you need some background materials to send your friend along with the petition, this may help:

Take a Pen is not a new organization. In fact, it  played a key role in exposing the fraudulent Al-Durrah  story (the boy presumably killed by Israel who, as it turned out was killed by Palestinians and staged to make it look like Israel killed him)​. In 2009 the organization launched a petition calling to bring Hamas leaders to trial for war crimes. With primitive means of just phone calls and emails and some media coverage we raised over 80k signatures and played a role in the apology of Judge Goldstone for his committee erroneous report. The Goldstone report about the so called “Israel war crimes” was based on fraud, bias and partial and misguided data. The later apology even quoted materials that we collected and analyzed.
Now, we’re doing it again and we want to reach 1 million signatures! The situation hasn’t changed and our petition has nothing to do with taking political sides. We maintain that Hamas is a terror organization. It is not a political entity and Gaza is not a “state” (it is supposed to be part of the so called entity “Palestine” but Hamas separated even from their own brothers). The people of Gaza elected this terror group to rule them and allow it to use the, as ammunition and as human shields. Some of you may say they have no power to change their fate (e.g the 20 Palestinians who tried to demonstrate again Hamas and were brutally executed. See here: http://unitedwithisrael.org/hamas-murders-gaza-civilians-for-opposing-terror [quoting Arab sources] and here:http://www.thegatewaypundit.com/2014/07/hamas-humanitarian-organization-shoots-20-anti-war-protesters/), others will say that they are not doing enough because had they been demonstrating by the thousands they would not be executed…
All of this doesn’t really matter…it is a well known fact that Hamas is embezzling the humanitarian aid money sent by the world and even by Israel to buy rockets and build terror tunnels rather than hospitals, schools and housing for the miserable women and children. Hamas leaders are driving luxury cars and live in palaces while their own people starve (see here from 2008: http://www.spiegel.de/international/world/gaza-s-lifelines-tunnels-to-egypt-keep-hamas-in-business-a-570463.html and here: http://www.globes.co.il/en/article-the-phenomenal-wealth-of-hamas-leaders-1000957953). It also a well known fact that Hamas uses women and children as human shields. Just 2 weeks ago, UNRWA found rockets hidden inside schools in two separate cases just 5 days apart. The rockets were kindly returned to their owners (?!?!!?) and the schools where they were hidden were in fact vacant, but they were both in between other buildings used as shelter by women and children. Hamas placed their rockets and missiles there knowing that should the IDF bomb the vacant buildings, the other surrounding building will be hit as well killing and maiming thousands of women and children…and the world shall weep… (see here with links to the UNRWA site where they report the incidents themselves: http://takeapenglobal.com/unrwa-condemns-placement-of-rockets-for-a-second-time-in-one-of-its-schools/).
there is a big difference between being a humanitarian, people loving person and being naive. The real issue is Hamas and they are terrible for everyone – their own population in Gaza and the Israeli civilians (women and children are hurt here too you know). Help us by signing the petition and sharing it with the rest of the world. 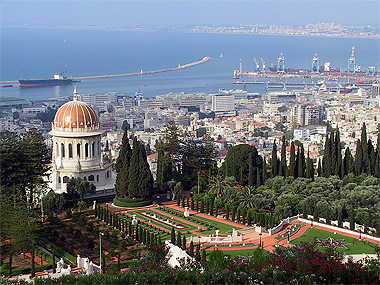 So, we all know that Pallywood is the world’s largest cinematic and fiction provider. They are getting better and better but it is still pretty obvious. It’s rather easy to point out the Photoshop images, the fake blood, the directed movies because the pallywood producers and their little helpers in western media do everything to make the world see and publish their creation. But it’s not always easy to catch downright stupid people who use their private social media networks to spread lies.

This guy urgently needs his eyes checked and a lesson in Geography as he posted an image of Haifa saying it is Gaza. Well Haifa still stands thank you very much for asking, and it still stands as a symbol of co-existence. So feel free to flood this guy’s twitter with lessons. A litle education never hurt anyone! 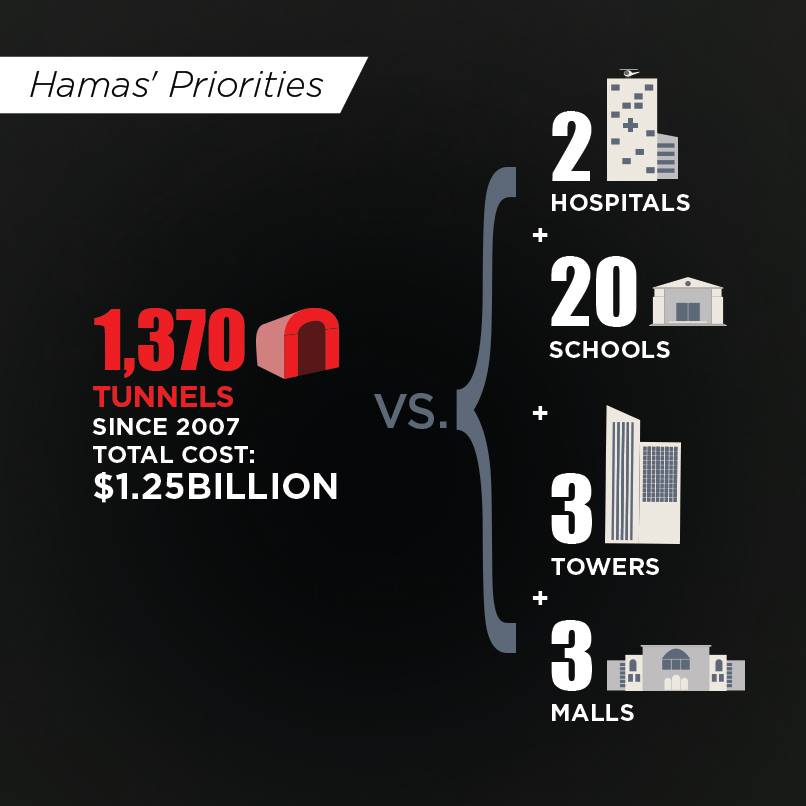 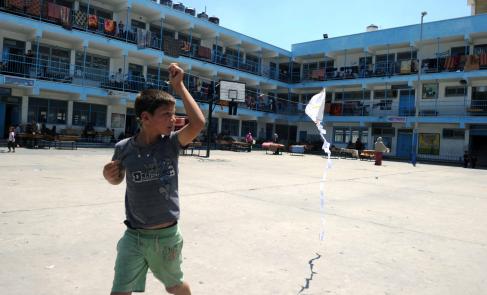 Earlier this week UNRWA issues a statement regarding a second case in which a UN school in Gaza is exploited by terrorists to hide rockets. Although the school was vacant, it was located between two other schools which currently house 3,000 Palestinians.

Today, in the course of the regular inspection of its premises, UNRWA discovered rockets hidden in a vacant school in the Gaza Strip. As soon as the rockets were discovered, UNRWA staff were withdrawn from the premises, and so we are unable to confirm the precise number of rockets. The school is situated between two other UNRWA schools that currently each accommodate 1,500 internally displaced persons.

The previous case in which UNRWA discovered missiles hidden in a school happened just 5 days before this one. UNRWA returned the rockets to the Hamas.

What do we learn from these cases?

3. Said global relief organization returns the rockets to the Hamas – for what? to be launched at Israeli civilians (with UN stamp of approval!)

Putting civilians at risk, knowingly and on purpose, is a war crime. It is time to put an end to this and bring Hamas leaders to war crimes.